This (alleged) concept art for the new Poltergeist was supposedly posted to the site denofgeek  temporarily. I like it. UPDATE: it was likely fan created, as evidenced from the fact that the image has been online for a couple of years:

But still a cool poster idea (and tagline) though! Guess we'll find out for sure later this year. 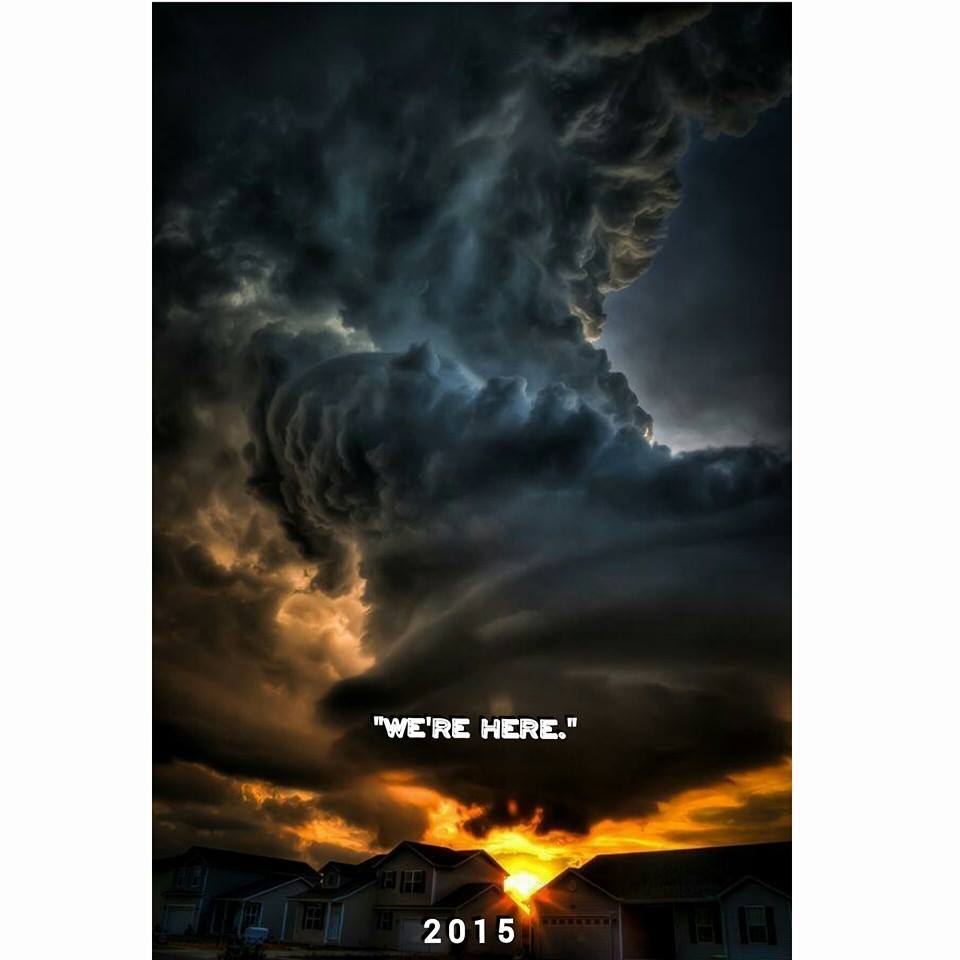 Welcome to those linked here from the Twitter feed of ShockTillYouDrop's Ryan Turek(http://bit.ly/1cs9MSo). Thanks, Ryan!

Filming wrapped at Pinewood Toronto Studios a couple of weeks ago. Now, post production begins. The release date is rumored to be next November.

Visit this site often for the latest updates as production continues (along with my sites dedicated to the other "Poltergeist" films, linked on the left). You can also join the discussion about the whole "Poltergeist" franchise on my Facebook group (featuring a lot of cool exclusive content):

Below are some great photos courtesy of photographer Dave Magak. He lives on the same street in Hamilton, Ontario where filming was taking place. You can visit his web site here: www.davemagak.com.

Here's what Dave says about the filming he witnessed:

So here is what I know. The people working on the movie told me it was a remake but it will be a little different from the original. From what I have seen they have been filming similar scenes from the first movie and have added a few that would kind of fit in now to make it better. The first scene I got to see filming was the little boy in the tree. Now it didn't look like the tree was eating him but I could be wrong. Jared Harris plays the character of Zelda. He was shouting outside "The house is clean." The next scene I missed but I heard from my house just up the street. They flipped a car. I wish I was there; it woke me up at 2am. Next they filmed the scene where the car was doing a burnout on the driveway trying to get away from the house. Then from there they hoisted it up and made it look like the poltergeist was lifting the car and moving it around. Next they were filming the blue Mini Cooper booting up and down the street with the people in it. It was pretty cool; they had the fans blowing up the street with garbage everywhere. And they were doing shots with them parked but talking to each other and filming their reactions. There was a scene the other day I could hear them from my house and see the lights. They had the police and fire truck flying down the street with the sirens on. The past few days, they have also had the driveway look like it's all broken up with skeletons everywhere. They had brick, shingles and chunks of wood all over the place. Last night was the last day filming. My take on the movie: They took the main ideas and imported scenes from the original movie and added a few to modernize it. Now, we only got to see the filming that takes place outside. In December [actually October] they start filming the interior shots. Those will be in a studio in Toronto I believe but I could be wrong. The set they were working on was a friend of mine’s house. They did a lot of work to get it ready for the movie. They added all the vinyl to the side of the house. They added a few extra windows. Notice the octagon window. Just like in the original movie. They also extended the property to accommodate for the fake willow tree. They had a stump and a grid attached to it with branches hanging down. They also re-paved the driveway and added the basketball net. The garage was set up to look like a laundry room possibly. They had the washer and dryer in there so I am not too sure if they filmed anything in there.

Dave also got some very short, but cool video footage: 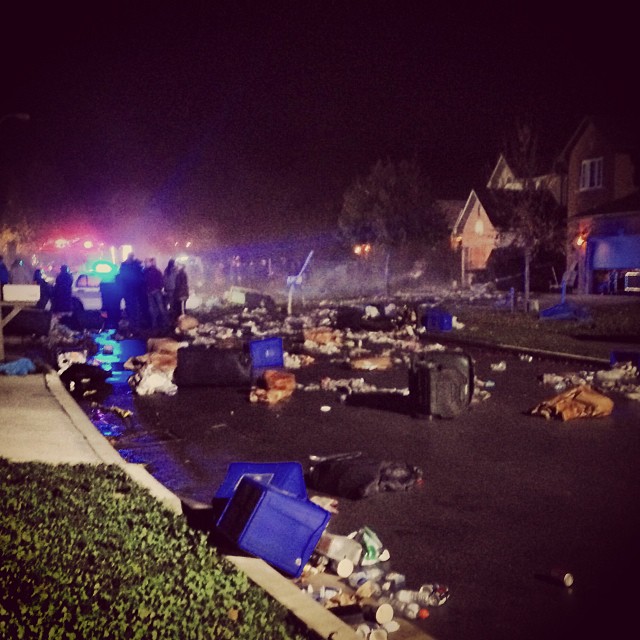 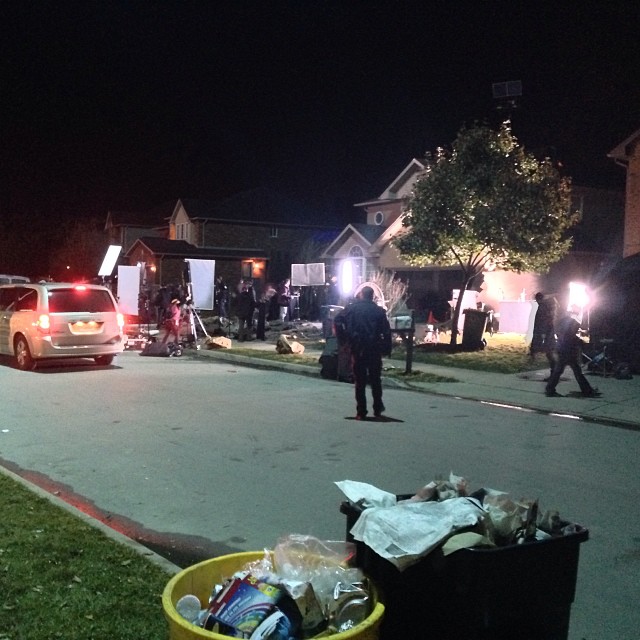 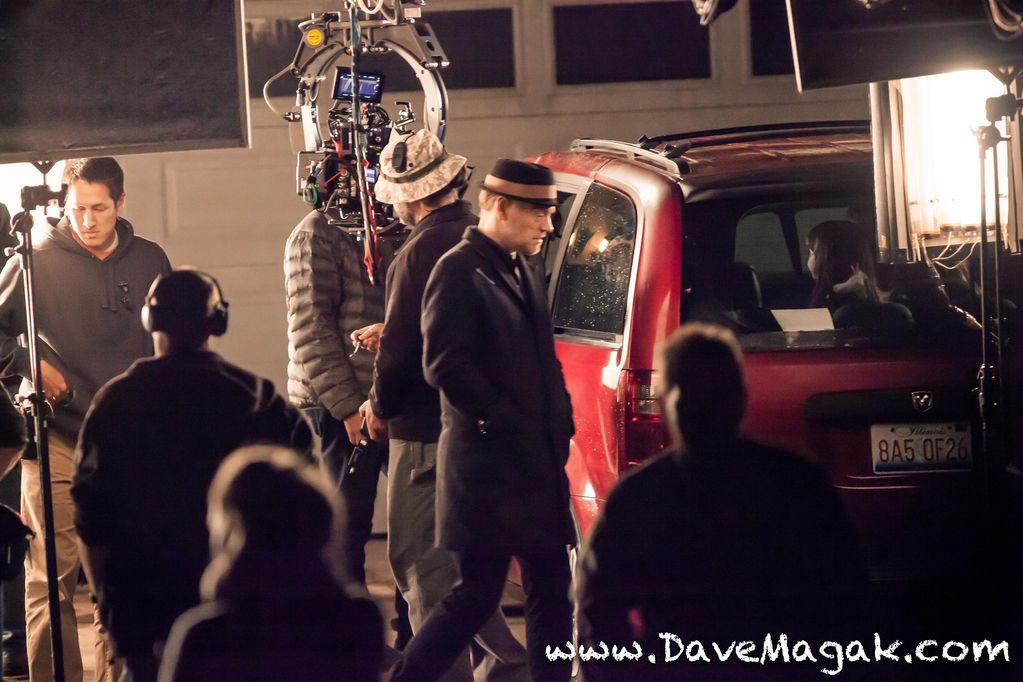 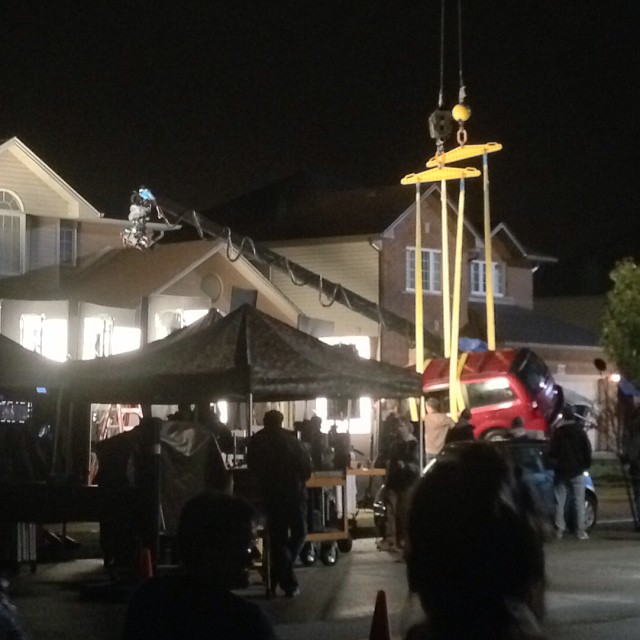 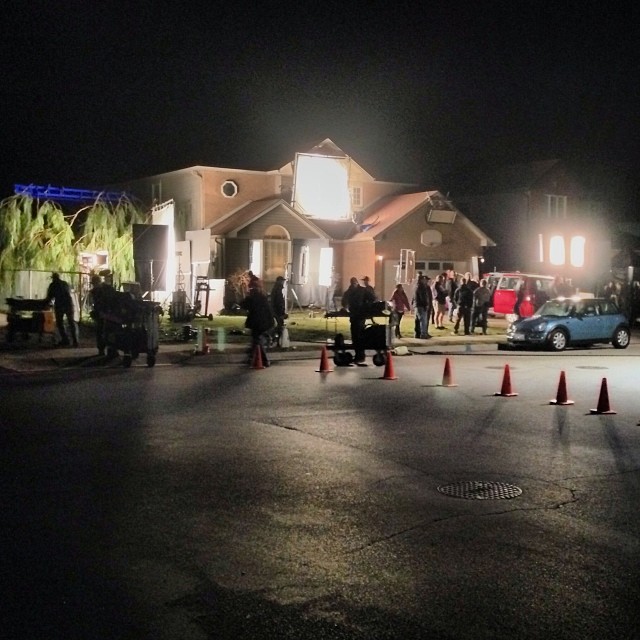 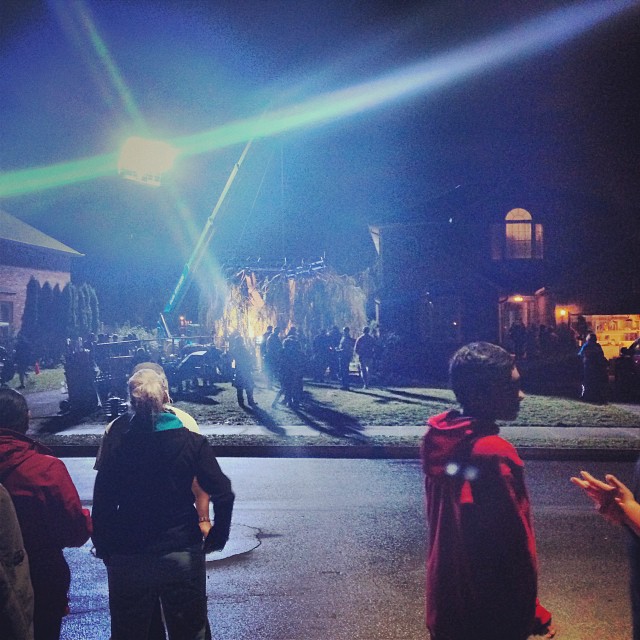 A scene will take place at this Church. Filming occurred in one of their offices: 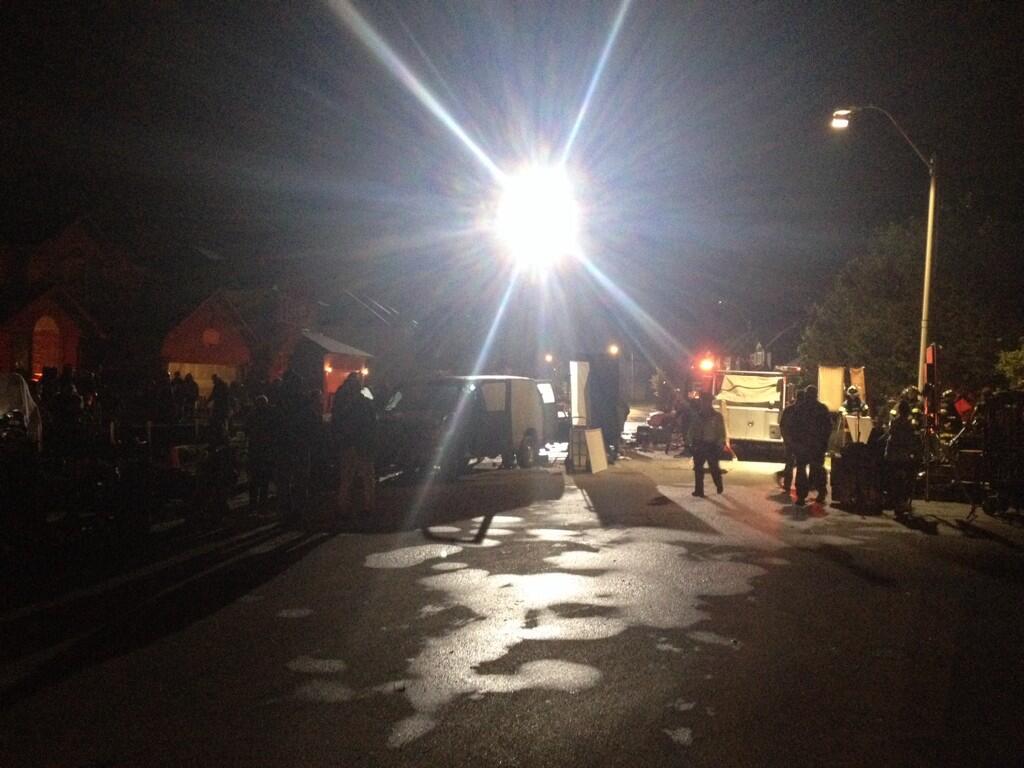 A few Instagram pics from other neighbors who live nearby:

This is a good shot of the tree. The top will be done with CGI: 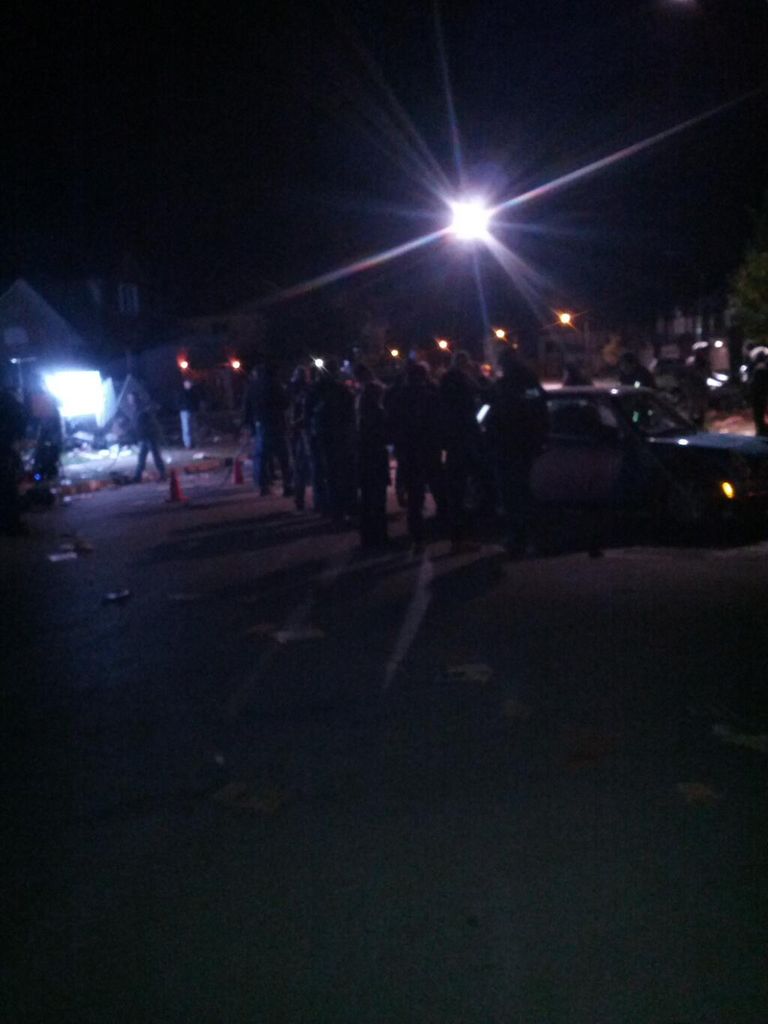 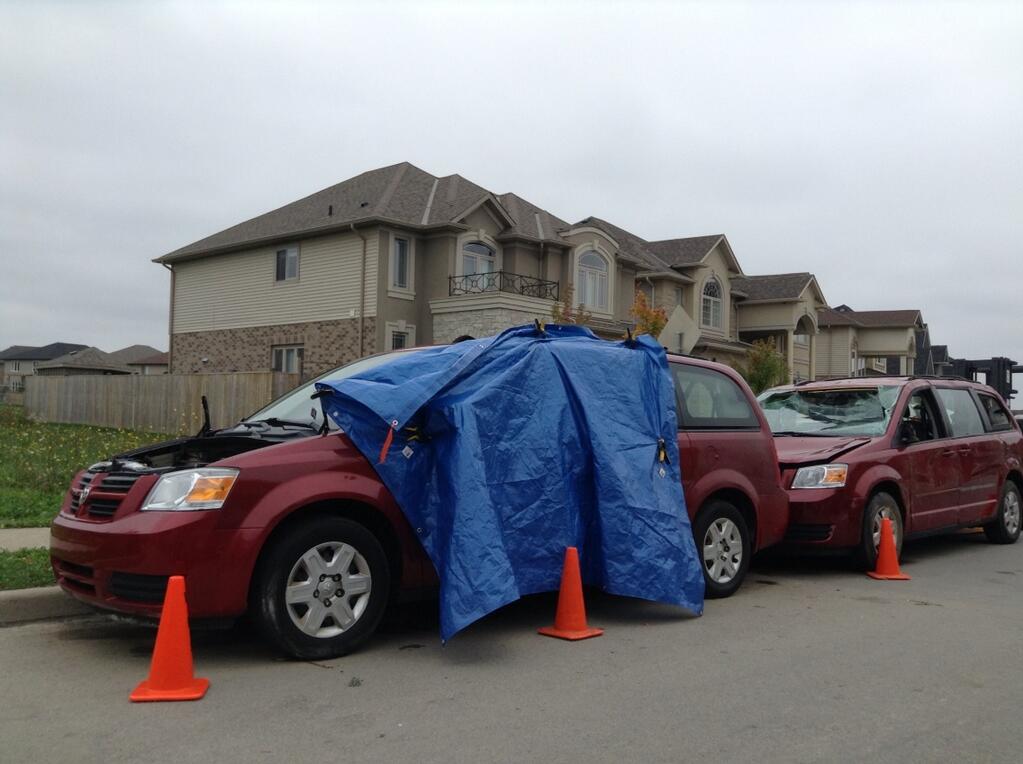 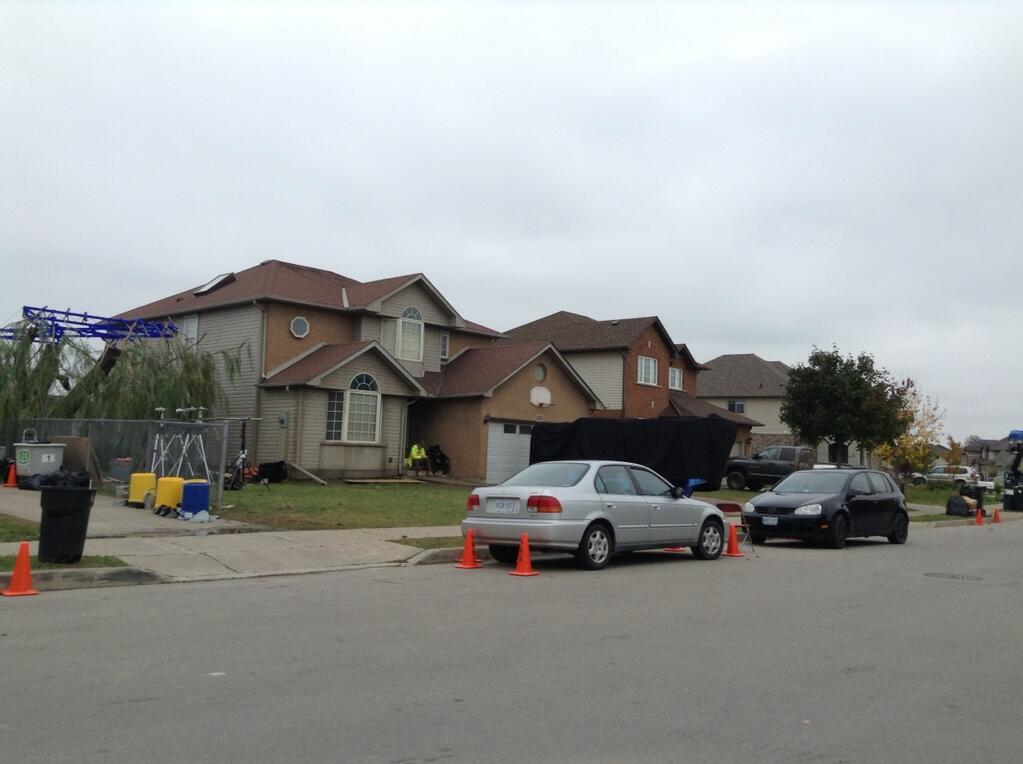 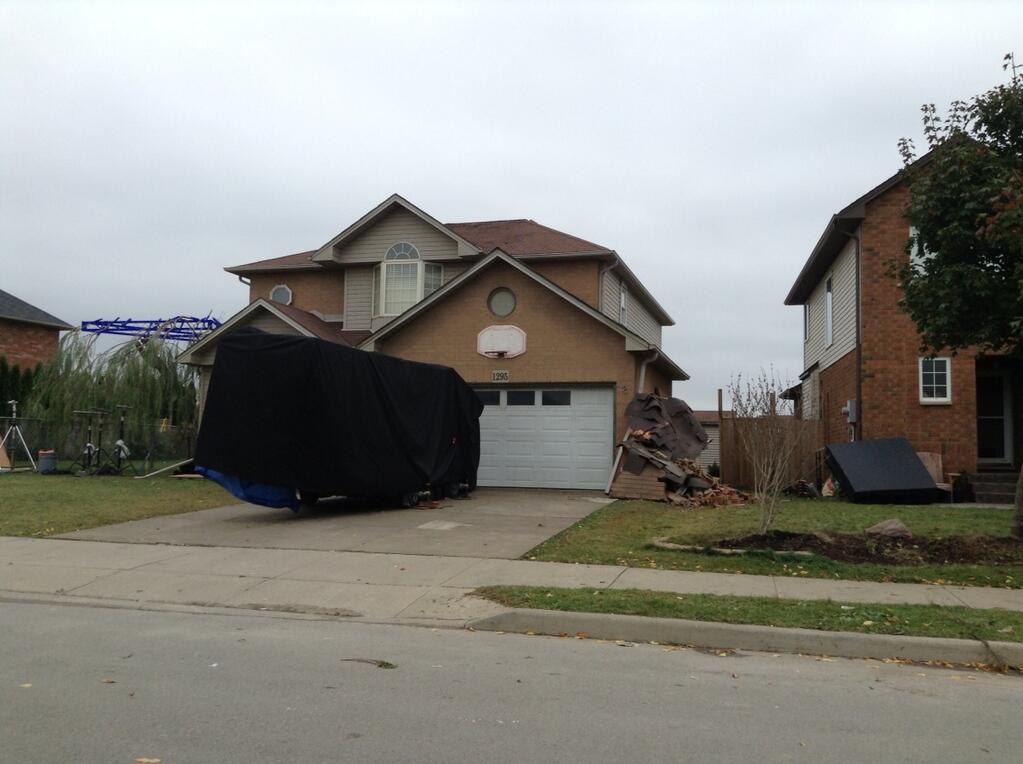 Seen in the Sheraton lobby: an AW11 'Octocopter' being used in the remake of #Poltergeist CC #OLPHamilton pic.twitter.com/fn8XnFDTwr 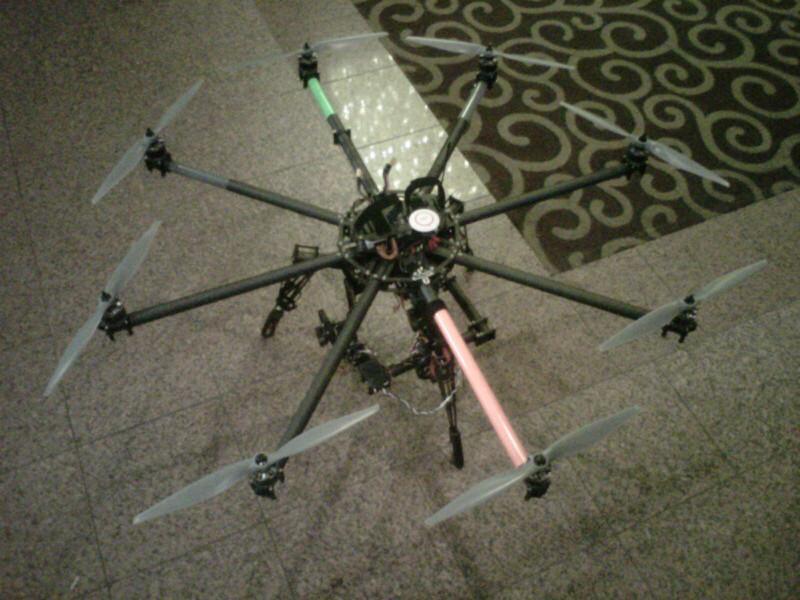 Woodchuck Flooring is really happy they sold a floor to be used in the film:

We Just Sold Another Hardwood Floor That’s Going To Be In A Movie! This Time We Sold A Prefinished Red Oak Parquet That Will Make An Appearance In The Remake Of "Poltergeist" That’s Currently Being Shot In Toronto! 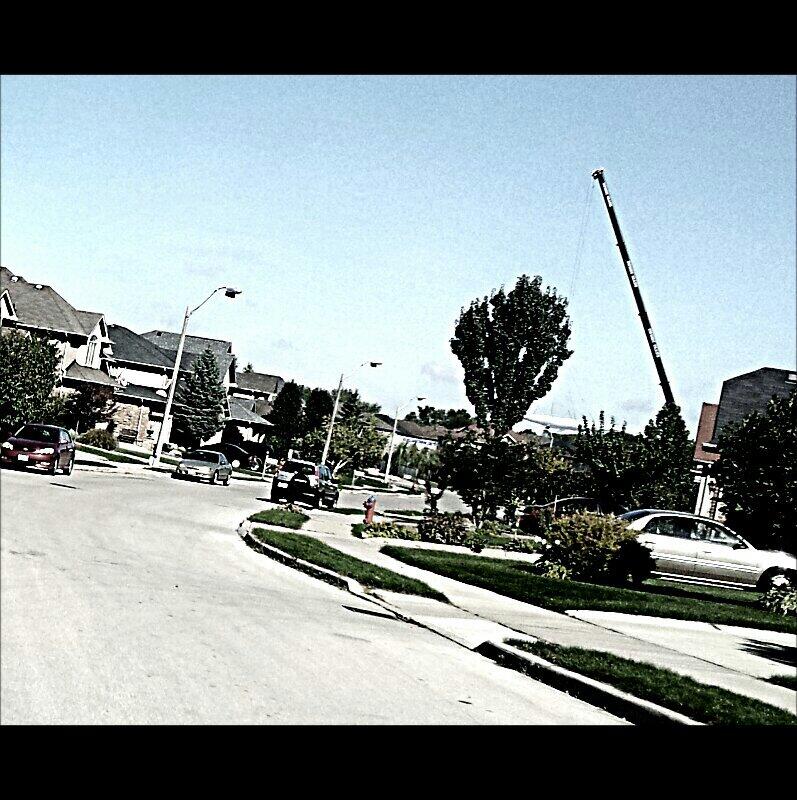 Below is the suburban neighborhood in Hamilton, Ontario where the movie is currently shooting. After about 2 and a half weeks at this location, the production moves to Pinewood Toronto Studios:

The house being used as the "outdated suburban home" that the "down on their luck" Bowen family move into is the one on the right. 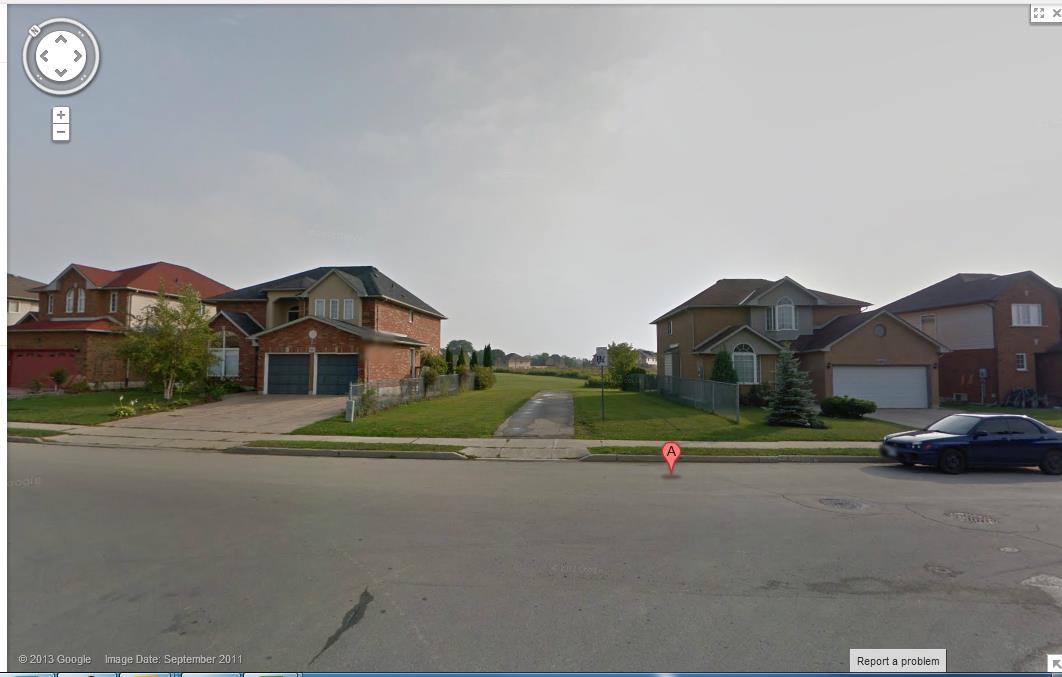 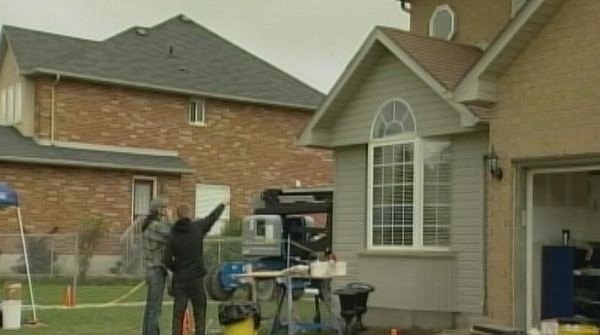 It appears the film crew might have added the round (ish) window above the main floor windows, when you compare this pic to the one (taken in 2011) on Google Earth.

And a Twitter user took this pic the week of September 23, 2013, once filming started:

Notice the tree that was added next to the house (in the empty lot). 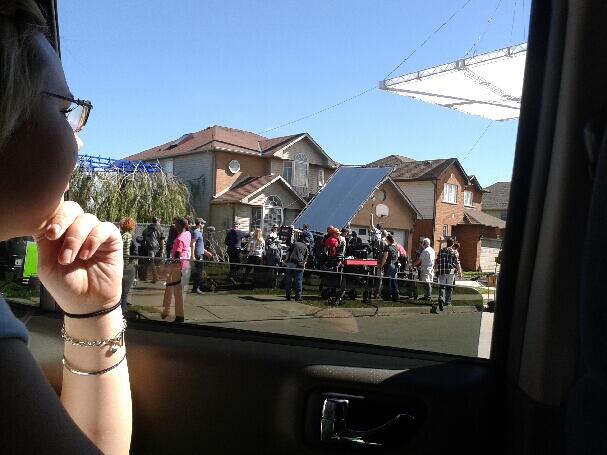